Usually Utalk is “all about you talking to us. “ But last week Utalk was all about us talking about you to leaders in the nation’s capitol. The UT crew – Steve, Larissa and Kati – were in Washington, DC for 3 days for lots of different activities. We were advocating on behalf of our audience concerning issues we know are important to you. 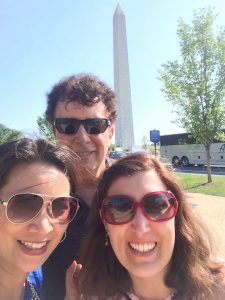 Space limits us from sharing details from all the activities but here are some highlights. 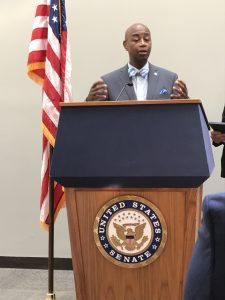 We were on Capitol Hill for a ‘meet and greet’ at the Hart Senate Building. The Crew had the opportunity to interact with Barry Black, former Rear Admiral of the Navy, and now the Senate Chaplain. He’s the first African-American Chaplain of the Senate with a deep voice that sounds like God speaking from heaven. 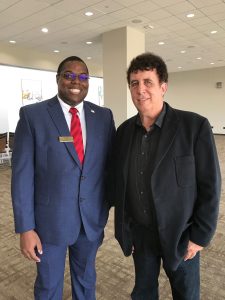 The Crew also had a lengthy conversation with Jeff Dove, an Iraq War Vet who’s running for Congress in Virginia. He’s all about going MAD – ‘making a difference’ and is concerned about helping teens and young adults succeed in life. It was a great connection! 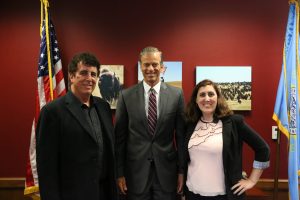 Steve and Kati had a meeting with senior US Senator John Thune from South Dakota. He and his wife are long time friends of Steve’s. It was an honor and privilege to have some time with Senator Thune to catch up as well as discuss current issues. 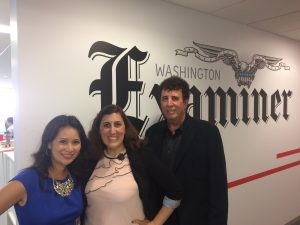 Jason Russell, the contributors editor for the Washington Examiner, interviewed Steve, Larissa and Kati about Utalk. It was a fascinating discussion about the heartbeat of the show and how it engages culture.

After an enthusiastic meeting, we’re excited to announce that Utalk will now be partnering with America’s Promise Alliance which is based in D.C.  They’re all about ‘making a difference by helping to motivate others to fulfill Five Promises to youth to help them achieve their full potential. The Five Promises are: Caring Adults; Safe Places; A Healthy Start, Effective Education and Opportunities to Help Others. You’ll be hearing more about America’s Promise Alliance, as well as other new partner organizations, in future blogs and shows. 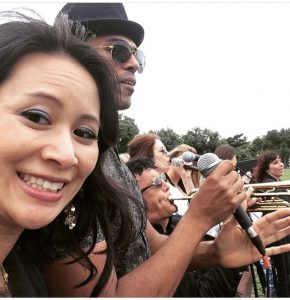 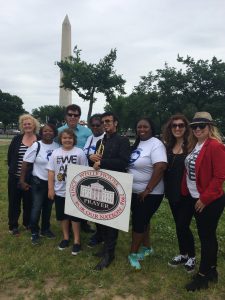 Capping off the time in DC was being part of the White House Prayer for Our Nation event. It was held on the White House Ellipse. People attended from all over the country. There were even people from Nigeria at the event. Steve, Kati and Larissa – along with a number of artists including David Longoria – closed the event by performing “We are One” from David’s latest album “The Journey.” The song is similar to Michael Jackson’s “We are the World” only “We are One” has 700 artists performing the tune on the album.

Being in DC was a blast! Stay tuned for an exciting announcement about something happening this summer.