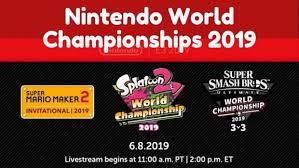 On September 14th the third and final episode of Nintendo World Championships was broadcasted on CBS in a partnership with Eleague (Turner Broadcasting). It was another showcase for esports on a broadcast network. The Championships actually took place just ahead of E3 back in June in LA.

The first Nintendo World Championships took place in 1990. Nintendo brought the concept back in 2015 and 2017, but this was the first time that the tournament aired on TV. It featured popular Switch competitive games Splatoon 2, Super Mario Maker 2, and Super Smash Bros. Ultimate. 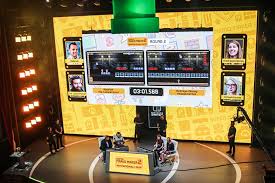 In Super Mario Maker 2, AbdallahSmash026 defeated The Completionist by navigating imaginative courses created by the Nintendo Treehouse staff. In Super Smash Bros. Ultimate, Team Japan emerged victorious by defeating three other teams on their way to the top. In the Splatoon 2 World Championship 2019, GG BOYZ representing Japan defended their title from 2018 by out-splatting teams from the United States, Europe and Australia/New Zealand. 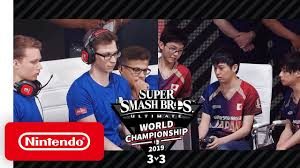 Did you watch any of the championship episodes from the competition? Were you surprised at who won?

Although organized online and offline competitions have long been a part of video game culture, these were largely between amateurs until the late 2000s when participation by professional gamers and spectatorship in these events through live streaming saw a large surge in popularity. By the 2010s esports was such a significant factor in the video game industry, many game developers actively started designing toward a professional esports subculture. 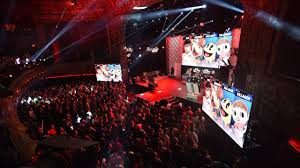 This year it’s estimated that the total audience of esports will grow to 454 million viewers and that revenues could increase to over US $1 billion. The increasing availability of online streaming media platforms, particularly YouTube and Twitch have become central to the growth and promotion of esports competitions.

What are your fave games to play? Do you use online streaming platforms?