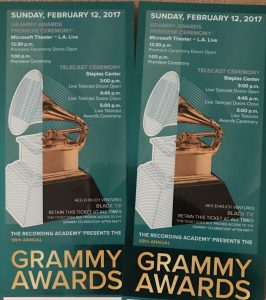 Music’s biggest day was packed with music, awards and friends for the Utalk crew. In case you missed it here’s a rundown of some of the highlights.. 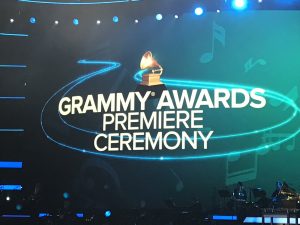 It began with a Pre-Grammy meet and greet at the Marriott Hotel. Next was the Premiere Ceremony at the Microsoft Theater where the first Grammy awards of the day in 70 categories were presented. Special performances included music legend Judy Collins, the O’Conner Band and Ziggy Marley. 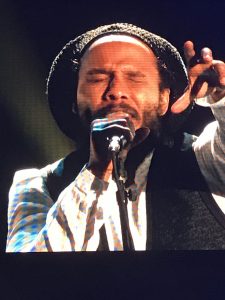 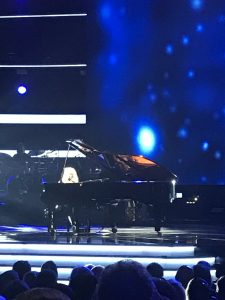 After this came the 59th Grammy Awards show live from Staples Center. Host James Corden kicked it off with poetry and pratfalls. It turned out to be one of the best shows in the past few years with an amazing line up of performers including Adele, Bruno Mars, Chance the Rapper, Lady Gaga and Metallica, Little Big Town. Katy Perry, Ed Sheeran, The Weekend, Carrie Underwood, Keith Urban and Demi Lovato. 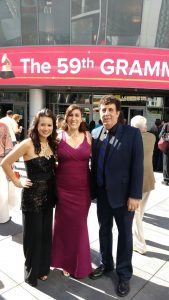 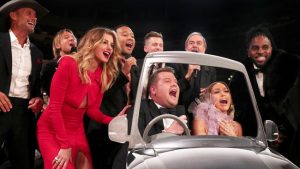 There was a  tribute to the Bee Gees featuring Demi Lavoto, Andra Day and Tori Kelly celebrating the 40th anniversary of Saturday Night Fever. Bruno Mars and The Time took to center stage at Staples Center to perform a medley of Prince’s greatest hits. Mars brought the house down with his own rendition of “Let’s Go Crazy.” He channeled Prince’s signature style in a purple sequined suit, ruffled white blouse and black eyeliner. 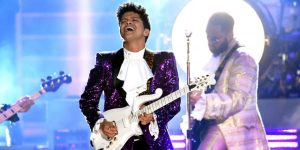 And, in true rock n’ roll fashion, there was a major equipment malfunction during Lady Gag and Metallica’s performance. Lead singer James Hetfield’s microphone didn’t work at all. For the first few bars of the performance the audience was treated to simply Gaga’s voice. But, ever the pioneering professionals, they made do: Gaga and James simply shared a microphone. They didn’t let it get them down, and Gaga in particular didn’t let it get in the way of her desire to crowd surf. The singer threw herself into the arms of her adoring public, Could it have been a time warp back to 1985? 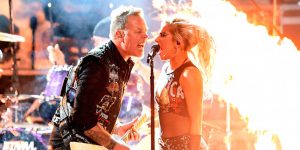 Adele got bleeped during her tribute song to George Michael. John Legend and Cynthia Erivo used the Beach Boys “God Only Knows” in a memorial tribute to all the artists the industry had recently lost, but didn’t include a moment of remembrance for singer Christina Grimmie who was killed at a tour stop in Orlando, Florida last June. A Tribe called Quest paid tribute to Phife Dawg that included the strongest political statement of the night. 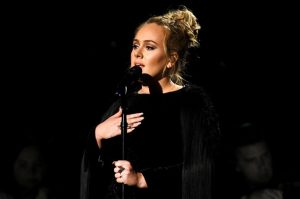 Here’s a quick look at some of the night’s big winners at the 2017 Grammy Awards:

Record of the Year: Adele, “Hello”

Song of the Year: Adele, “Hello”

For more details, performances and a complete list of winners go to:  grammy.com.