The Utalk crew – minus Larissa who was on the east coast for screenings of her award-winning documentary “Finding Cleveland” – attended the premiere of the new film “Discovering Destiny” in So Cal. This was a first for Kati (newly titled MS. California American Diamond) and Steve as this time they walked the red carpet and were interviewed. 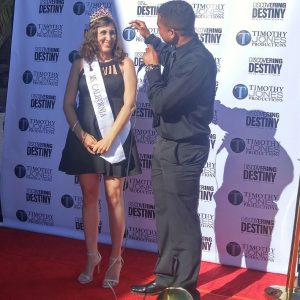 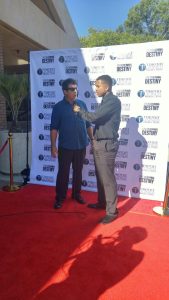 This documentary film is a compelling look at the life of Timothy “Teach” Jones – artist, actor and film maker. Timothy discovered an interest in music at an early age and went on to write, perform and produce several albums. “Discovering Destiny” chronicles Timothy’s journey of overcoming childhood abuse, gangs, and drug/alcohol abuse. Like so many today he had an urgency to find purpose in his life. Ultimately, he did find meaning and purpose in a spiritually powerful way. 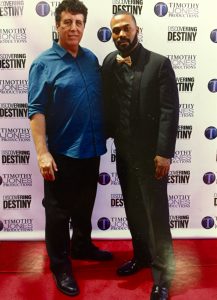 Timothy is determined to help those whose lives have been derailed as his own once was, and to maximize media to magnify a message of hope to the world!