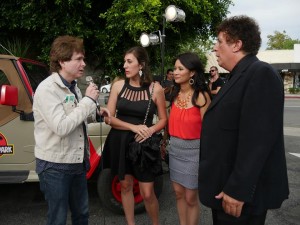 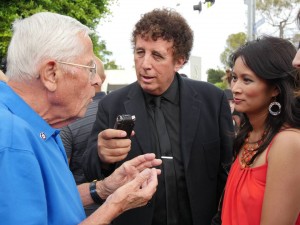 UTalk hit the red carpet at Combat Radio’s live broadcast from E Spot in Studio City, Ca. They stopped by to show their support for this show raising money for homeless children. Steve, Larissa & Kati met and interviewed living legend, Bob Gurr. So many great stories Gurr told and we can’t wait to share them with you. He was one of the original Disney Imagineers responsible for creating rides at Disneyland. Disneyland is celebrating their 60th anniversary this year and it wouldn’t exist without Gurr.